Apr 29 2019 By admin
The fruit juice business has become more popular because of its supply in the market. Some of them are produced in powder form, and some are juices that are intended to be consumed in four packs or bottles. If you're going to produce fresh produce and a good juice flavor, then the person who buys it will get health benefits at the same time, and the business will succeed.

What we need to start the fruit juice business ?
When starting the juice production business, it is important to conduct some research first. Learn about the health benefits and great impact of fruit. With this, you can decide which juice concept you want to make. It is important that you not only get the taste of the juice, but also the health benefits of it. Think about the package that best suits your product. Choose products that you think are attractive and cause customers to buy products.
After completing the plan, prepare funds for conducting business. Be sure to establish the location that best suits your business. It's important to think about space so you don't have problems with the manufacturing process. Before you can do business, you must have process documents and licenses in order to conduct business in a legal and legitimate manner. 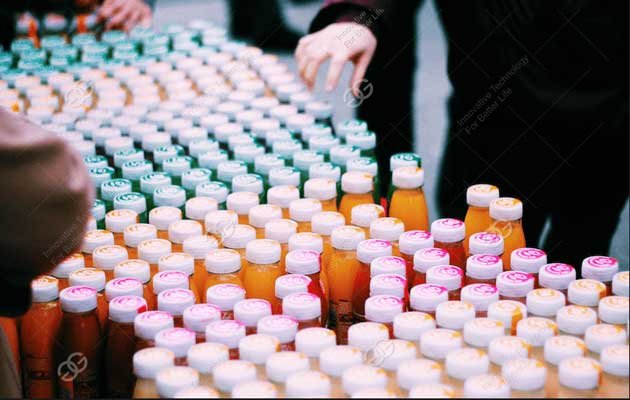 So far, how is the juice market performing? How will it behave in the next few years?
The medium and high concentration juice market has a broad growth space
Judging from the overall per capita consumption capacity of fruit juice, China's per capita fruit juice consumption is still in its infancy. It is expected that with the increasing concept of consumers' healthy consumption, the proportion of high-to-high fruit market in the future will continue to increase, especially in the 100% juice industry, which is optimistic about its long-term development space.
l
100% concentrated and reduced juice will continue to be the main force in the juice industry
On the basis of the rapid development of the downstream juice beverage industry and the continuous innovation of concentrated juice companies, the development prospects of the concentrated juice industry are optimistic. As the main sub-sector of 100% juice, FC Concentrated and Reducing Juice represented by Huiyuan will continue to lead and is expected to become the mainstream consumer of future consumers.


Global juice market analysis:
A1. Analysis of the current status of the international juice industry:
The global juice market has two main products, namely apple juice and orange juice. According to the statistics of the Food and Agriculture Organization of the United Nations, Orange (Citrus) is the world's largest fruit producer. In 2011, the world's annual output was nearly 100 million tons, accounting for about a quarter of total fruit production. The major orange producing countries are Brazil (28% global), the United States (12%) and China (9%). The world's second-largest fruit is apple. In 2012, global production reached 72.37 million tons. Among them, China's apple production accounted for 52.56% of global production, about 38.05 million tons, followed by the United States about 4.26 million tons (5.89%). ). Brazil is the world's largest citrus processing and exporting country, with an annual output of 1.3 million tons of concentrated orange juice, of which 1.2 million tons, accounting for 53% of the world's total orange juice exports. Brazil's citrus processing enterprises are large in scale and strong in strength. Not only do the juice marketing network cover more than half of the world's juices, but also the distribution, storage and transportation systems are perfect. For example, Cutrale has a large dedicated storage terminal in China, and is also in Europe, Japan, and the United States. The distribution channels are equipped with orange juice storage, which is cheaper than air and land transportation. Once the order is received, the optimal allocation of resources can be carried out in time according to the customer's requirements, and the expected goal of exporting citrus juice quickly, conveniently and efficiently is realized.
The two new citrus super-faucet companies in the United States, Scotia and Shigland, monopolize the production, processing and sales of citrus in the United States with its large and perfect citrus marketing, storage and transportation system, and through its implementation of international promotion strategy, its famous " Scotch and Shigland are two trademark brands and a good operating mechanism, which distributes American citrus fruits and orange juice in more than 30 countries and regions around the world. Because of its sound marketing network and perfect storage and transportation system, it has won the smooth, efficient and efficient logistics effect. According to the US Department of Agriculture, the world's orange juice production in 2012 was 2.2 million tons, with the main producers being Brazil (57% of world exports), the United States (30.13%) and Mexico (4.09%). The world's consumption of orange juice is 1.99 million tons, of which US consumption is 0.76 million tons (accounting for 34.55% of the world), and EU-27 consumption is 0.723 million tons (32.86%). In 2012, the world's concentrated orange juice exports plus import trade totaled 2.77 million tons.
A2. International juice beverage trend analysis:
In recent years, fruit and vegetable compound juice beverages have developed rapidly in developed countries, and there are many popular varieties in foreign markets. Commonly used in the market are tropical juices such as pineapple juice or orange juice and compound juice beverages with different vegetable juices. For example: a combination of tomato juice and other fruits and vegetables. A combination of orange and carrot juice. Vegetable juices such as celery juice, beet juice, and spinach are compounded with salt, spices, and citric acid. Britvic launched the j2o range of mixed juice drinks in Europe and was named one of the most successful fruit juice drinks in Europe of the year. It has four varieties, four colors: yellow is apple and mango mix; green is green apple and cantaloupe; orange is orange and passion fruit; red is blood orange and cranberry. The series launched by britvic company, because of its unique mixed taste, brilliant color, once launched, it is a stroke among young people in Europe. At the same time, j&m drink company also launched a very successful hybrid series, a total of four varieties, named after the year: spring is orange, passionflower mixed, summer is orange, carrot and lemon, autumn is red west Pomelo and cranberry, winter is sour apple, this series is about 20% of the juice content, targeting the target consumers are also adults. In the fruit and vegetable juice market in Japan, the sales volume of the single-flavored fruit and vegetable juice market has fallen sharply. The pure western red persimmon juice has dropped by about 10% every year, and the pure carrot juice has dropped by 266% in 2005 compared with 2004. On the other hand, fruit and vegetable juices are growing at a rate of about 20% per year. The fastest growing compound is carrot juice, which is about 60% a year.


Fruit juice manufacturing process:
The process of making juice varies from factory to factory. The juice can be made from fresh fruits, vegetables, concentrates, chilled water jams or aseptic mixtures. If produced with fresh fruit, all equipment used for fruit, vegetable storage, selection, cleaning and extraction needs to be appropriate. This means that different processing lines for fresh fruit and vegetable extraction are needed.

If made from a concentrate or sterile mixed paste, the ingredients go directly into the mixing and mixing device where they are mixed in a batch or continuous system. Today, manufacturers tend to produce many different juice varieties produced from various concentrates or fruits. The same line can be used to produce different types of juice. The CIP system guarantees complete hygiene of the entire process while using the same production line for different products.

When it comes to orange juice, another process is involved because the enzyme must be inactivated before the liquid can be pasteurized. In some methods, a homogenizer may also be required to ensure a homogeneous mixture of ingredients.

Most juices are packaged in aseptic packaging. Products intended for storage and storage in the refrigerator are packaged in ultra-clean packaging technology, and those contained in glass bottles are usually hot-filled.

Products or waste produced by the production of fruit juices, such as meat, can also be replicated to produce dehydrated feed for livestock, citric acid, citric acid, essential oils, molasses and candied peels for making jelly. Certain orange oils (called d-limonene) have excellent solvent properties and are sold for industrial cleaners. 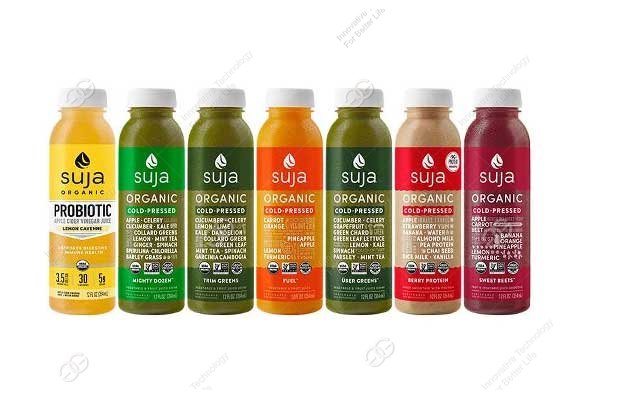 How to start the juice manufacturing business?
When building a business, it's important to choose a spacious place so that everything in the manufacturing process can be set up correctly. It is important to have room for expansion and to receive raw materials. There should be enough room for production, packaging and scheduling products.
It is important to have proper sanitation in this area. All workers must wear gloves and hair nets to avoid contamination. All equipment used in the manufacturing process should be cleaned before and after use to ensure the safety of all equipment.
In order to succeed in the juice production business, it is important to provide the best products to our customers. You should come up with a new way to increase your juice production and how it will become a major blow to many people's tastes. You should first consider the health benefits of your product so that you can get a lot of customers and you will be truly successful.

We as the fruit juice process plant manufacturer, we are glad to provide you more information about the juice business, and help you can succeed. If you need Fruit Juice Processing Plant Project Cost Pdf. We also can provide you for you. More information Email at wendy@machinehall.com Phone/whatsapp/wechat:0086 18539931566 or visit website: https://www.vegemachine.com/