Aug 26 2020 By admin
In recent years, the world's production and consumption of quick-frozen food have been booming, and its growth rate is as high as 20% to 30%, more than any kind of food, with more than 3000 varieties. Many countries have formed a complete cold storage chain for raw material processing, sales, and domestic consumption, ensuring the industrialization and socialization of quick-frozen food. Quick-frozen food will become the fastest-growing food in the world, and its sales will account for 60% to 70% of all foods in developed countries. It has replaced the monopoly of canned foods and has become the top of processed foods.
Quick-frozen food is popular among consumers because of its advantages such as freshness, convenient consumption, and good preservation of nutritional value. 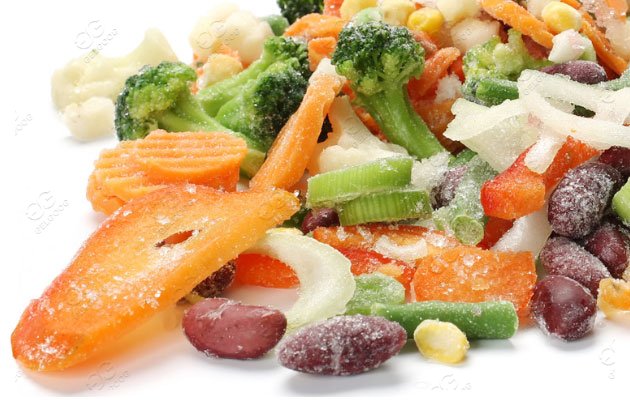 What is IQF food?

Quick frozen meaning is generally believed that the quick-frozen food in the true sense should have the following five characteristics at the same time.
Individual Quick Freezing usually abbreviated IQF is a freezing method used in food processing industry. Products commonly frozen with IQF technologies are typically smaller pieces of food products and can range from all types of berries, fruits and vegetables diced or sliced, seafood such as shrimps and small fish, meat, poultry and even pasta, cheese and grains.Quoted from wiki
First, the temperature of the cooling medium when the food is frozen should be at 30 ° C or lower.
Second, the ice crystals formed during the food freezing process should be fine, and the specifications should not exceed 100jm.
Third, when the food is frozen, the time for generating the band through the maximum ice crystallization should not exceed 30 minutes.
Fourth, the core temperature at the end of food freezing should be below -18 ° C.
Fifth, the circulation of food after freezing, including storage, transportation, and sales, should be conducted below 18 ° C.
If a frozen food has the above characteristics, it can be defined as quick-frozen food.
This picture is taken from spscientific 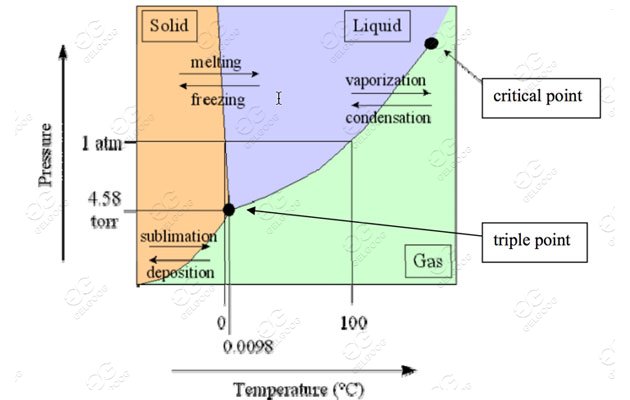 Compared with other foods, quick-frozen food has the following five advantages:
(1) Excellent hygienic quality: The food undergoes low-temperature quick-freezing treatment, which can not only maintain the color flavor and nutrients of the food itself to the greatest extent, but also effectively inhibit the activities of microorganisms to ensure food safety.
(2) Reasonable nutrition: For example, when quick-freezing and conditioning food ingredients, the content of fat, calories and cholesterol can be controlled by different combinations of raw materials to meet the needs of different consumers.
(3) Wide variety: There are four categories of quick-frozen foods and more than 3000 varieties. It also provides convenience for consumers who are not good at cooking.
(4) Convenient to eat: Quick-frozen food can not only adjust the seasonal supply-demand balance, but also reduce household chores, reduce urban garbage, and protect the environment.
(5) Lower cost: Compared with canned food, quick-frozen food has the advantages of fresh taste and low energy consumption. Quick-frozen food consumes about 30% less energy than canned food. 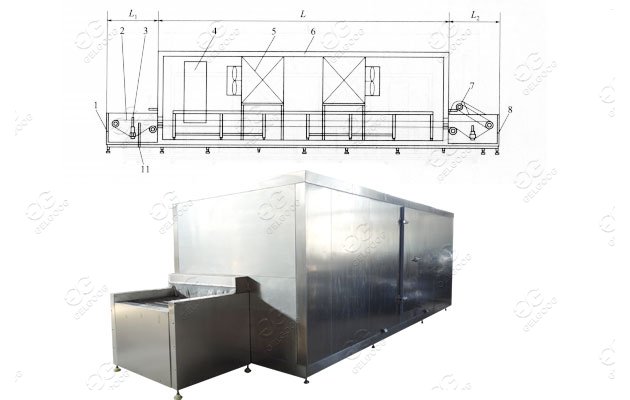